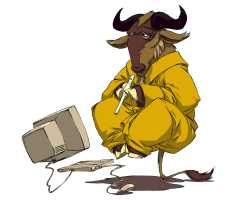 My first real experiences with software engineering came when a high school friend introduced me to the Linux operating system, which came with full source code. At the time, I had done some medium-scale programming in HyperCard and Pascal, and was just beginning to study ANSI C.

The availability of complete GNU/Linux sourcecode gave me a chance to study any a complete, modern computer system; I was fascinated. Suddenly, my programming didn't have to be the creatin of tiny, private toys anymore. I could (after I had learned enough) make a difference by contributing to a real system that was in actual widespread (okay, perhaps a stretch at the time) use. 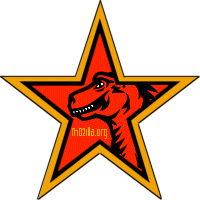 My first real involvement with a serious opensource project as a developer (instead of a user) came after netscape released the source to what would have been Netscape Navigator 5, creating the mozilla project. At the time, Netscape 4 was the only serious web browser available for UNIX machines, and was closed-source and quite buggy. The netscape source code release, while incomplete, provided a starting point and a focus to the efforts to create an opensource web browser. It also provided the strong incentive of creation to the developers joining to help the project; whatever they created would be released to a large userbase as Netscape 6.

However, I was using Linux/PPC at the time, and mozilla didn't work on PowerPC machines yet. Making it run required low-level code to connect the JavaScript interpreter to the platform's native function call API that was far beyond my abilities to write. Thus, my first real software engineering experience was an organizational one - convincing Franz Sirl, who had the required knowledge of how the compiler functioned on PowerPC, to help, and taking on enough other odds and ends to make it worth his time.

It worked - mozilla worked on PowerPC. I built packages (Milestone 13 if memory serves), placed them up for download on my site (southpole.penguinppc.org), then on the official mozilla site, and had my first real success as I watched the downloads count up (over a quarter of a million downloads of Mozilla M13 - about 1200 of that first PowerPC build). I was hooked; this was doing it 'for real'!